Until recently, Somalia was on an upward trajectory. Although it continued to struggle with
piracy, famine, and terrorism, the country was turning the corner after decades of bloody
civil war. It had rebuilt its security forces, judiciary, and other vital state institutions. And it
had revived a dormant democratic tradition dating back to the 1960s: since 2000, when the
Somali federal government was reestablished, four consecutive presidents had peacefully
transferred power. That tradition was disrupted last year, when President Mohamed
Abdullahi Mohamed, known as Farmaajo, illegally extended his mandate by two years,
triggering some of the worst violence in years and imperiling Somalia’s hard-won
democratic gains. 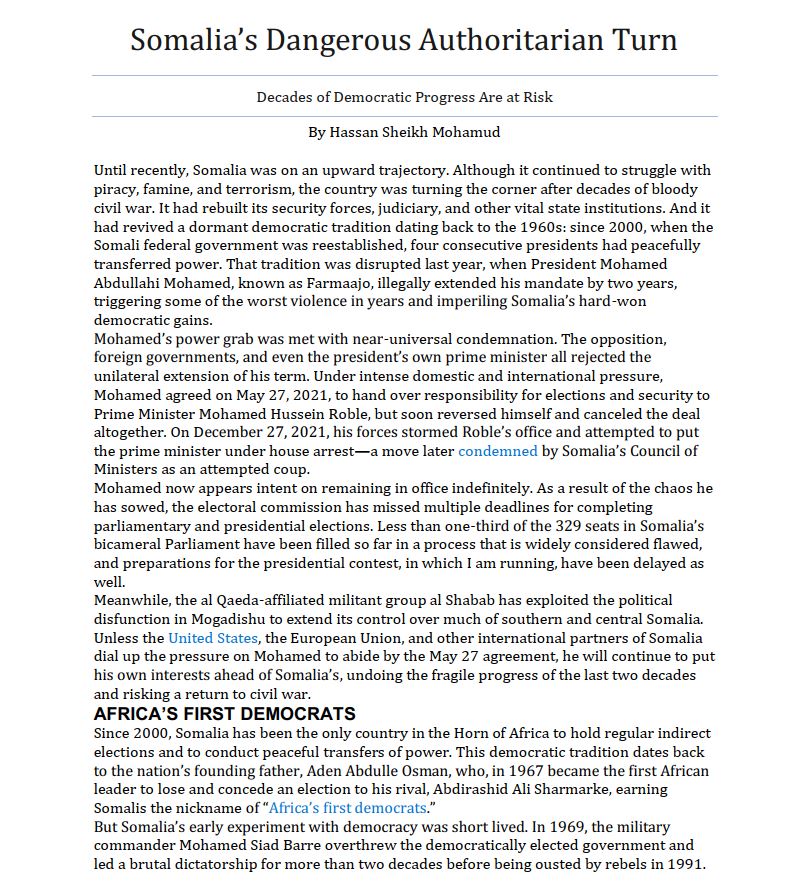 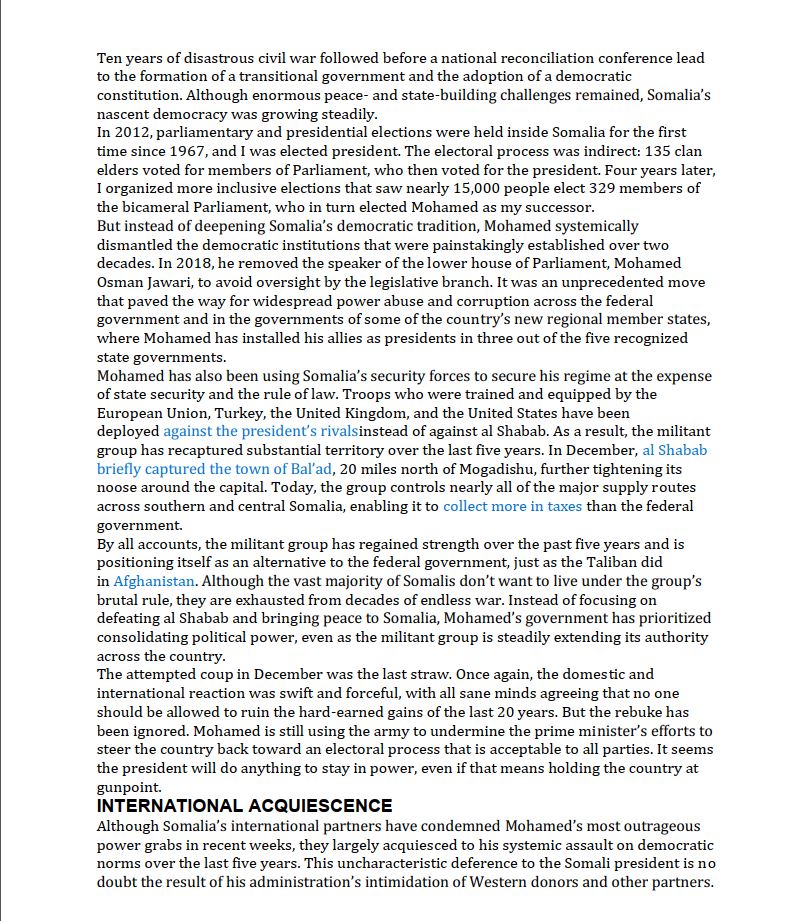 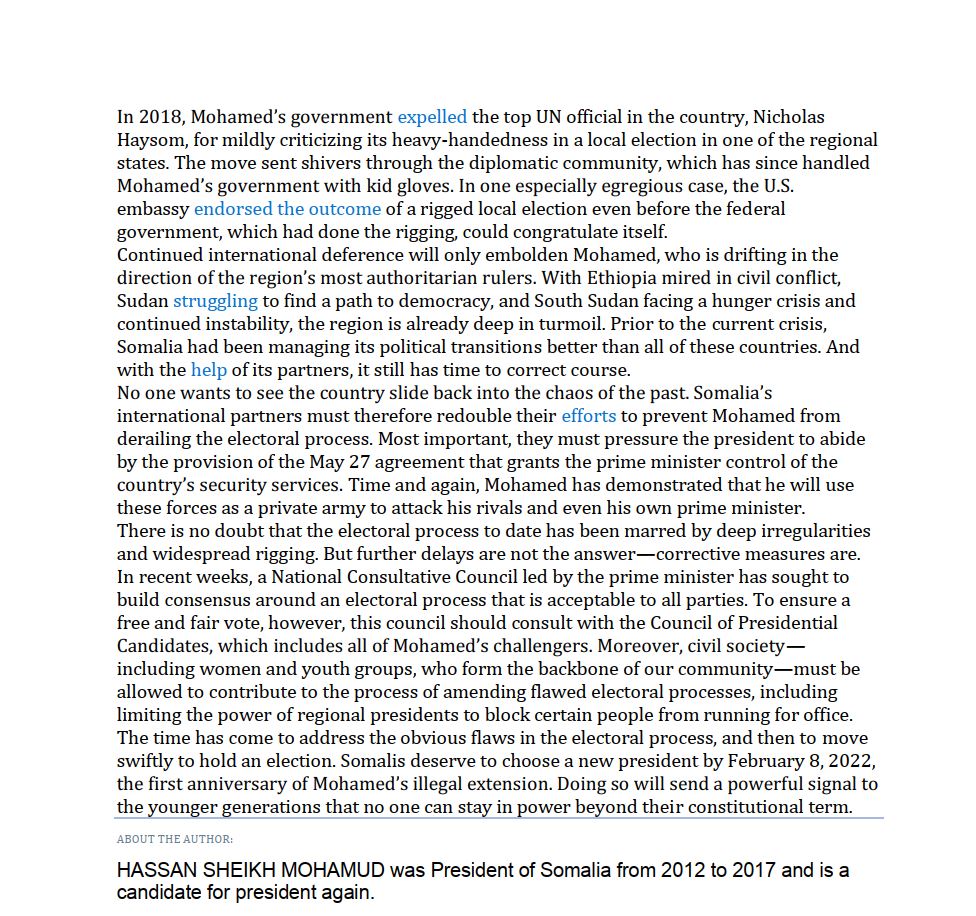