Minneapolis, Minnesota (CNN)Rep. Ilhan Omar was greeted with cheers in Minneapolis on Thursday as she returned home for a town hall meeting amid attacks from President Donald Trump on the freshman Democrat.

“It feels good to be home,” Omar said into a bullhorn at the airport, where she was greeted by dozens of supporters.

She was in Minneapolis for a town hall with Washington Rep. Pramila Jayapal, which was intended to focus on their advocacy for “Medicare for All.”

But crowd members trickling in said they were also attending the town hall to show their support for Omar after the attacks from Trump, who tweeted that the Somali-born Omar should “go back” to her native country and stood silently for 13 seconds at a rally Wednesday night as his supporters chanted, “Send her back.”

“He’s threatened because we are inspiring people to dream about a country that recognizes their dignity and humanity,” Omar said of Trump at the airport.

An hour later, Omar received a standing ovation at the start of the town hall.

“I know there are a lot of people that are trying to distract us now, but I want you all to know that we are not going to lie down,” Omar told the crowd. “I’m going to continue to do the work on behalf of the 5th (District), because you all send me to Washington to do the important work of progressing our country.”

Jayapal, a leading progressive and advocate for Medicare for All, called Omar “a great American, a great patriot, a great champion for workers … who is shaking up Congress and the United States of America in all the best ways.”

Neither used Trump’s name at the start of the town hall. 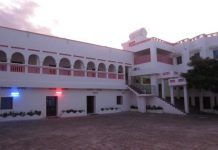 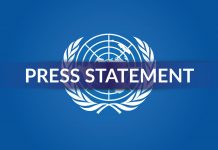 16 days of activism: un in somalia calls for greater Protection for Women and Girls 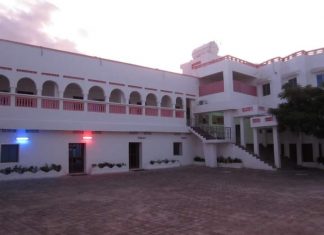 16 days of activism: un in somalia calls for greater Protection for Women and Girls

PRESS STATEMENT of the Security council – Al-shabaab attack in Mogadishu