Meeting residents of the world’s largest camp for Somali refugees, located in north-eastern Kenya, the top United Nations official for Somalia today expressed his solidarity with their situation and highlighted the gradual progress made in their home country.

“Every refugee has to take decisions on whether to return on a voluntary basis. Each has his or her own sources of information, including family, friends and the media. But sometimes the news emphasizes the negative, including stories about violence and drought. In my opinion – as the mother of a family that is about to return just told me – things are gradually getting better in Somalia,” the Secretary-General’s Special Representative for Somalia, Michael Keating, said at the end of his visit to the Dadaab refugee complex.

“There is now a stronger state, a federal structure, there are big efforts to try and improve security – yes, Al Shabaab remains a potent threat – but economic activity is picking up and things are, in a non-linear way, getting better,” he added.

The Dadaab refugee complex currently has a population of 226,472 registered refugees and asylum seekers. Some 96 per cent of the residents of the four camps that make up the complex are Somali.

The first camp was established in 1991, when refugees fleeing the civil war in Somalia started to cross the border into neighbouring Kenya. A second large influx occurred in 2011, when some 130,000 refugees arrived, fleeing drought and famine in southern Somalia.

“I’m struck that over 80 per cent of the people who have returned to Somalia are from that second group. They’ve decided, most of them, that they can go back,” Mr. Keating said. “But of the ones who’ve been here for 27 years, some of them are second-and even third-generation refugees. Their links with extended family and communities are much weaker, and so it’s a much harder decision for them to leave the relative security of a refugee camp.”

Operations in the complex are coordinated by the Office of the UN High Commissioner for Refugees (UNHCR), and Dadaab’s refugee population has fallen from 463,427 people in 2011, primarily as a result of both spontaneous and facilitated returns, as well as voluntary repatriations.

The UN refugee agency, along with its partners, and with the support of the Kenyan government and host community, has for 27 years provided all essential services for the refugees, ranging from food and health, to shelter, sanitation and education.

During his visit, the Special Representative met with both those working to help the refugees, including staff from UNHCR and a range of partners such as the Norwegian Refugee Council and the International Committee of the Red Cross.

“The work they are doing is all the more impressive given the enormous pressure on budgets and cuts in levels of support,” he said.

The UN official also met with a range of camp residents, including long-term residents, elders and youth, and some on the verge of returning to Somalia.

“The dignity and courage of the refugees here is deeply moving. It has been great to listen to their views and hopes for the future. A consistent theme is that while many believe that things are slowly improving – slightly depending on where they come from inside Somalia – they’re still worried about security, they’re worried about the opportunity to get jobs, and I’m very struck by the emphasis on education, education for their kids, “Mr. Keating said of his exchanges with refugees.

“Like parents everywhere, those I met want the best possible education for their children – and they just don’t think that’s available inside Somalia. Some of the students I met said the same,” he said. “There is also scope to link education and vocational training here to opportunities and needs inside Somalia.”

The UN official, who also heads the UN Assistance Mission in Somalia (UNSOM), emphasized that his visit was a two-way exchange, and that what he heard today was useful for his work and engagement with authorities in Somalia.

“It’s not my job to lecture refugees – I’m here more to listen to them and then take their messages back and factor them in, in terms of how we think about moving forward in Somalia,” Mr. Keating said. 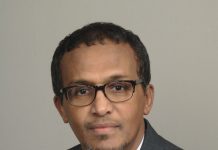 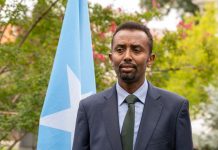 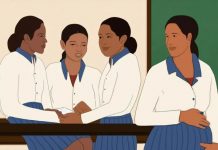 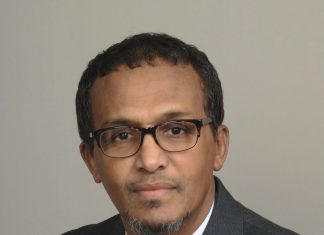